According to multiple German media reports, in the early morning of Monday (September 26) local time, a fire bro...

According to multiple German media reports, in the early morning of Monday (September 26) local time, a fire broke out at the Tesla super factory in Greenheide, Germany.

According to the report, in the early morning, the fire broke out at an outdoor recycling point in the northeast of the factory. About 800 cubic meters of cardboard, paper and wood chips caught fire. Then the Greenhead Fire Department received a call from the factory at 03:33 local time. 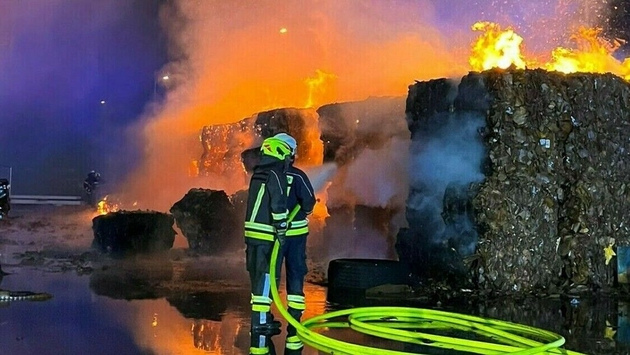 After hours of fighting with 50 firefighters, the blaze was not brought under control until early morning. Fortunately, no one was injured and the fire did not spread to the rest of the plant.

A spokesman for the local department said the cause of the fire had not yet been determined and police were investigating. Tesla has not commented on the specific cause of the fire and whether it will affect vehicle production.

The call to stop production resumes?

According to the head of the Greenhead fire department, the recovery point where the fire started was surrounded by concrete walls, and the water used to extinguish the fire did not leak out, but was pumped away by a company.

However, Germany's Brandenburg State Water Company (WSE) said it clearly saw water seeping into some unpaved areas, potentially allowing contaminants to enter the aquifer beneath the soil, jeopardizing the drinking water of 170,000 people there. 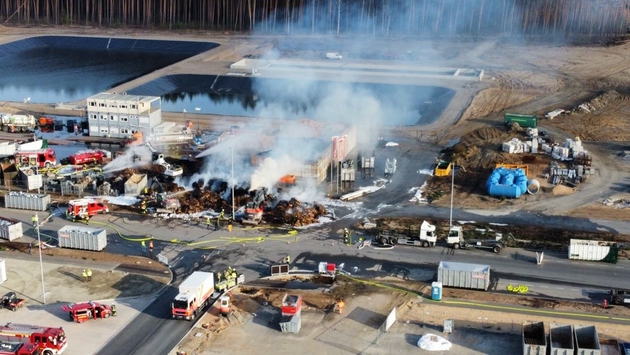 "The only thing that will help right now is to take quick, bold steps to prevent contaminants from entering the aquifer," the WSE boss said.

Other environmental groups have proposed that the Berlin factory stop production immediately. "Our worst fears have come true," an organization representative said. "We demand that production be halted until the cause and circumstances are clarified and all safety-related measures are ensured."

Not long ago, after the Berlin factory was exposed to a large number of paint leaks, the German environmental protection organization "Green Alliance" has applied to the local government to revoke the factory's operating permit.

The Green Alliance believes that Tesla did not complete some unpaved areas around the paint shop, potentially allowing hazardous materials to enter the aquifer. If the district does not act on its demands, the Green Alliance will ask the federal Ministry of the Environment to intervene.

What might Apple announce at its September 'Far Out' event? Sony sued in UK for abuse of market positio...