The hot Indian factory can't take the make in India In April, India's inaugural semiconductor conference announced an incentive plan to lure semiconductor and display makers with $10 billion. Indian IT Minister Vashino said publicly at the meeting without shyness, "We have a great appetite."

Since the Modi government launched the so-called "industry substitution to China" policy for the first time in 2020, India has begun to intensify its efforts to suppress Chinese-funded companies. Huawei, Xiaomi, Vivo, OPPO and other domestic mobile phone manufacturers have all received varying degrees of "industrial substitution" by the Indian government. raid". After Xiaomi and other major mobile phone manufacturers were trapped in the Indian market and faced a dilemma, the Modi government turned its attention to chip manufacturing in an attempt to develop the local semiconductor industry.

With the help of Chinese-funded and Chinese-funded enterprises to build production and manufacturing bases for the consumer electronics industry such as mobile phones, build a complete supply chain system, and then cross the river to demolish the bridge, replace Chinese manufacturing with Indian manufacturing, and achieve corner overtaking. Now it seems that the Modi government has made such a plan from the beginning, but India's ambition may be exposed a little early.

Their own local companies and brands have yet to provoke the lead, and Made in India is more like "working" for others.

In India, Chinese mobile phone brands such as Xiaomi, OPPO, Vivo, etc., most of the mobile phone products produced by Indian factories have changed from the original "Made in China" to "Made in India", which is marked on the outer box. . Behind this phenomenon, it is the whole industrial chain of the smartphone market built by India through cooperation with foreign brands in recent years, which has basically achieved localized production in the mobile phone industry.

According to the data of the Chinese Chamber of Commerce in India and the Association of Chinese Mobile Phone Enterprises in India, as of 2021, Chinese mobile phone companies have more than 200 factories in India, more than 500 trading companies, and an investment of more than 3 billion US dollars.

In 2015, when the "Made in India" strategy was promoted with great fanfare, Modi also proposed a matching initiative - "Startup India". As a result, under the high enthusiasm of overseas giant Nuggets India, all walks of life in India ushered in entrepreneurship. tide. A report released by Ernst & Young, a third-party consulting firm, shows that in 2021, there will be 44 more unicorn companies in India, and the number of unicorn companies will rank third in the world. However, these unicorn companies are mostly concentrated in the Internet field, with financial innovation accounting for the highest proportion, followed by e-commerce and education innovation. 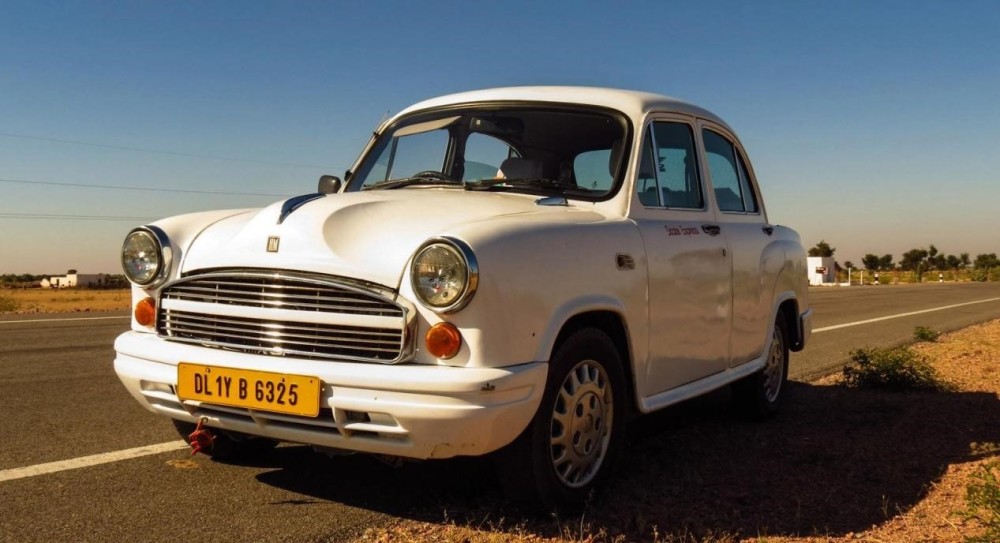 In addition, there is also the home appliance industry. In the Indian market, home appliance brands are divided, Korean companies Samsung and LG are absolutely dominant, Japanese companies Panasonic, Hitachi, etc. have seized the high-end consumer groups and the air-conditioning market, and the American company Whirlpool has attracted consumers through a variety of product categories. Brands such as Chinese enterprises Haier and Midea have grown rapidly. Although Indian local brands have divided a certain market share, they cannot shake the status of overseas brands in a short period of time.

For Made in India, the Modi government not only hopes to use external forces to promote the rapid development of related industries, but also does not want foreign manufacturers to flood the domestic market, but this is a bit whimsical.

In 2021, India passed a $10 billion subsidy plan to help semiconductor-related foreign-funded companies accelerate their deployment. Inspired by this plan, more than five companies have submitted chip and display investment plans to India, with a total amount of 20.5 billion US dollars, such as Vedanta (Vedanta), which has established a joint venture with Foxconn, Singapore IGSS Ventures and ISMC three companies Wait.

However, very few semiconductor giants really responded to the call of the Indian government. Many semiconductor industry veterans said that they would not consider building a wafer fab in India in the short term. "There is no industrial cluster, no stable government, and the comprehensive cost is not cost-effective."

From the perspective of supporting semiconductors, the ambition of Made in India is not only to replace my country's "world factory" status, but to seek a more irreplaceable and valuable foothold in the global manufacturing industry chain, which is so far impossible to achieve in my country's manufacturing a goal of.

It is undeniable that Made in India has indeed grown rapidly in recent years. The mobile phone industry initially only had a low-tech assembly link. Later, the production line of SMT (surface assembly technology) with a higher value chain was established. Samsung, CSOT, Shenzhen Tianma has also moved some panel production lines to India. Obviously, Made in India is going deep into the upstream and downstream of the mobile phone industry chain, extending to the production of accessories, common devices and even high-value devices. However, the low-end and mid-end manufacturing industry is not yet mature, and India is too impatient to choose to cross the river and demolish the bridge.

On the one hand, whether it is the mobile phone industry or other manufacturing industries, it is difficult for the supply of various parts and components in India to leave my country. Citing a 2020 report in the Times of India, the local electronics industry relies heavily on electronic components imported from China, with about 80% to 90% coming directly or indirectly from China. This is also the reason why China-India trade volume is still growing at a high speed even if India implements the policy of "substituting industries with China". 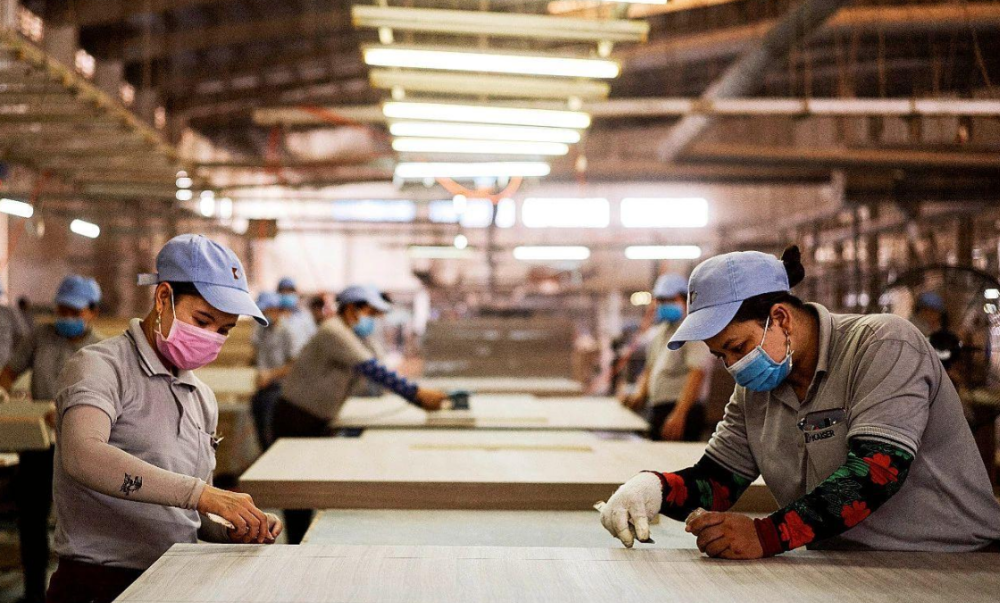 Second, in key industries such as semiconductors, photovoltaics, electronic equipment, pharmaceuticals, medical devices, and automobiles, Indian manufacturing still generally stays at the low-end manufacturing level, and the links with higher value and greater profit margins are still for overseas giants or brands. control.

Taking the automobile industry as an example, the automobile manufacturing industry has made a great contribution to the Indian economy. However, in India, the only local auto companies that can rank well are Mahindra and Tata Group. These two auto companies and the giants of the global auto industry still have strength. And the huge gap in technology.

And unlike the mobile phone industry, the success of India's mobile phone manufacturing industry chain is largely driven by India, the world's largest incremental market, while the Indian auto industry lacks this market driving force, and no global auto industry has been found so far. The propensity of the chain to move to India. Parts, in particular, in the automotive industry chain, parts manufacturers account for almost 50% of the total profit of automobiles, and Indian car manufacturing is precisely dependent on the import of auto parts.

From the industrial chain to the value chain, India may be expected to achieve the first step, but it is difficult for the level of low-end manufacturing to fail to bring about an improvement in the value chain.

India and Vietnam, after all, are just "workers"

"Raise a sheep and slaughter it when it's grown and fattened," an insider in the mobile phone industry described India's "trap". This is indeed the case. The Modi government's plan is to attract successful overseas brands through market dividends and induce them to build factories locally. After the industrial chain matures, it will suppress and sanction them and take the opportunity to support local brands.

This trap is obviously targeted. Chinese mobile phone brands have been encountering regulatory turmoil in India, so that Honor announced its withdrawal from India. And in 2020, the Ministry of Electronics and Information Industries of India announced three programs, namely the Production Linked Incentive Scheme (PLI), the Electronic Components and Semiconductor Manufacturing Promotion Scheme (SPECS) and the Enhanced Electronics Manufacturing Cluster Scheme (EMC 2.0), in In these incentive plans, Samsung, Apple, etc. were included, but Chinese companies such as Xiaomi and OPPO were not shortlisted. 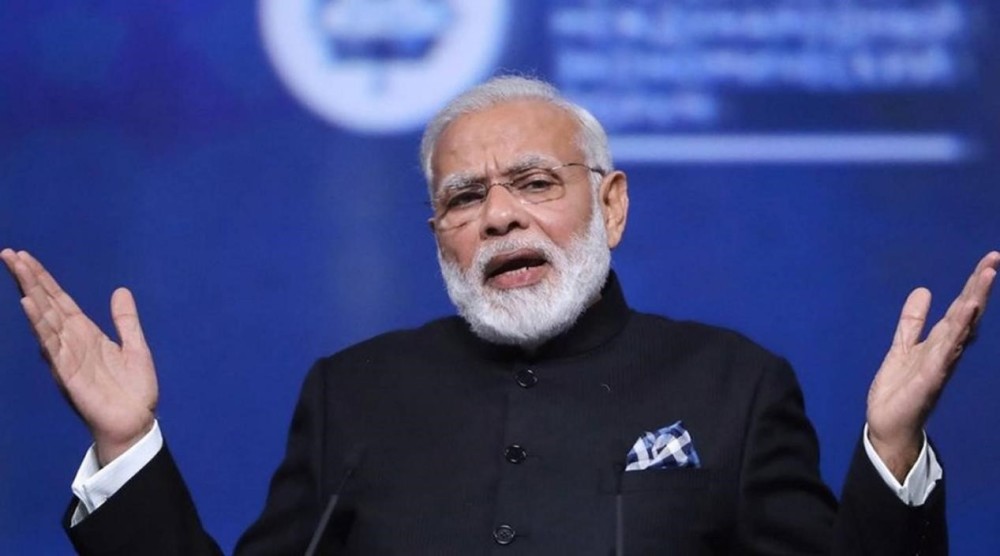 The reason for this is that part of it is naturally influenced by political factors, and the other part has the meaning of "picking soft persimmons". my country's mobile phone industry is strong in the industrial chain, not core components such as chips. India wants to develop its own semiconductor industry in China. It cannot offend technology giants such as Samsung and TSMC. Mobile phone brands such as Xiaomi, OPPO, and Vivo have become "The Victim".

In order to avoid that the investment in India will be empty, Chinese companies are turning their attention to Vietnam. In early July, Xiaomi confirmed to build a factory in Vietnam, and Zhao Ming also confirmed that Honor may consider shifting its attention to Southeast Asia, such as Indonesia, Vietnam and other countries in the next step. Of course, it is not just Chinese companies. In recent years, high-end precision manufacturing foundries such as Apple, Samsung, Dell and even Google have also settled in Vietnam.

Made in India or made in Vietnam, for a long time in the future, it may be a problem of global industrial transfer, and both countries have their own advantages. However, when India and Vietnam compete with each other to attract foreign investment and foreign companies, the biggest beneficiaries are actually those huge international giants and brands.

Because they will not only forcefully occupy and segment the local market, squeezing the living space of local brands, but also in order to guard against the emergence of the "next China", most of the transfers are low-end manufacturing, and those that really involve core technologies will only be more strictly guarded. .

Like Samsung, Samsung regards Vietnam as a "back garden". In recent years, the company has desperately shifted its manufacturing position from China to Vietnam. More than 50% of its mobile phone exports and one-third of its electronic product shipments come from Vietnamese factories. . However, Samsung has not built a high-tech chip manufacturing plant here. Its eight manufacturing and research facilities in Vietnam are relatively low-end assembly and packaging and testing plants.

India is no different. India has also shown great interest in electric vehicles in the past two years. The Modi government hopes that electric vehicles can be "made in India, sold in India, and exported from India" in the future, but today, India even Tesla Did not pull. Volkswagen is very interested in the Indian market and has decided to introduce a limited number of electric vehicles to India, but it is not expected to start assembling electric vehicles locally in India until around 2025 or 2027.

In contrast, my country has long become the core battlefield of new energy vehicles, and also has an automotive industry chain integrating R&D, design, manufacturing and production, which India cannot currently catch up with. And for India, whether the success of the mobile phone industry chain can be replicated in other fields is actually unknown.

Therefore, Made in India wants to overtake, and the road is long and difficult.

Dao is always justified, once used the name crooked Dao, the new media in the Internet and technology circles. The WeChat public account of the same name: Dao is always justified (daotmt). This article is an original article, and any form of reprinting without retaining the author's relevant information is prohibited.

Previous：Interpretation of Apple's latest financial report: Smartphones are the only bright spot, other businesses decline across the board

From suppression to cooperation: the United S...