From suppression to cooperation: the United States and Japan develop semiconductors and develop 2-nanometer chips

"Fate is so strange!" When the United States and Japan, which used to be competitors in the semiconductor field,...

"Fate is so strange!" When the United States and Japan, which used to be competitors in the semiconductor field, now want to work together to develop the next generation of chips, Japanese Minister of economy, industry and industry Hagi Shengtian Guangyi is filled with emotion.

This is the first time that the United States and Japan have held the "economic version" of the 2+2 talks. The two sides involved in the talks included US Secretary of State Antony Blinken, Secretary of Commerce Raymond, Japanese Foreign Minister Lin Fangzheng, and Hagi Morita Koichi.

Although the two sides did not disclose too many details about the "new R &amp; D institution" in this half of the conductor field through a formal statement after the talks, according to Japanese media reports, the institution will be established in Japan at the end of this year to study 2-nanometer semiconductor chips; The agency will also include a prototype production line, which will start mass production in 2025. At the same time, Japan's Institute of industrial technology, the Institute of physics and chemistry, the University of Tokyo and others will cooperate to set up research bases.

At present, the vast majority of semiconductor chips below 10 nm used in smart phones are produced in Taiwan, China, China.

The latest forecast data released by the world semiconductor trade statistics Organization (WSTS) shows that the global semiconductor market is expected to grow by 16.3% in 2022, reaching a scale of $646billion; By 2023, although the growth rate has slowed down, it will still maintain a positive growth rate of 5.1%. In 2023, the logic chip market is expected to reach $200billion, accounting for about 30% of the total market size. The "semiconductor war" between Japan and the United States

Tian Zheng, an associate researcher of the Institute of Japanese Studies of the Chinese Academy of Social Sciences, told the first finance and economics reporter that as early as the mid and late 1970s, Japan's high-tech industry, especially the semiconductor industry, showed a momentum of rapid development. Japanese semiconductor products began to occupy the U.S. market, resulting in the increasing trade deficit between the United States and Japan, and fierce friction between Japan and the United States around the development of high-tech industries, Prominently reflected in the field of semiconductor industry, "American media even described it as' Japan US semiconductor war 'at that time".

"Although the Japanese government has taken some mitigation measures, the friction between Japan and the United States in the semiconductor field has not significantly improved, and it was finally resolved by the signing of the Japan US semiconductor agreement (hereinafter referred to as the 'agreement') through negotiation between the two countries." Tian Zheng said.

In addition, the agreement also impacted the equipment investment of Japanese high-tech enterprises, affected the continuity of their equipment investment, and then affected the upgrading of semiconductor products, resulting in Japanese high-tech enterprises missing the window period of demand transformation in the world semiconductor market, resulting in product development lagging behind competitors.

What are the calculations of the United States and Japan?

Recently, under the global semiconductor development boom, the Japanese government is also accelerating its layout to catch up with the "lost three decades" in the semiconductor field.

The first financial reporter saw on the website of the Ministry of economy, industry and Technology (METI) that the Japanese government regards the future development of semiconductors as a "nationalproject" as important as ensuring the security of food and water resources. Hiroshi Koyama, then Minister of economy and industry, said that the technology industry, including semiconductors, is closely related to people's livelihood, not just private enterprises or single industries, but planned projects that must be promoted by the country. The Japanese government will seek to "substantially transform" chip factories that are considered to be of strategic importance in supporting the global supply chain.

Regarding this cooperation, Tanaka told first finance that Japan also has doubts about the current Japan us cooperation, "The two sides can cooperate, on the one hand, because Japan can no longer pose a threat to the United States in the semiconductor field, on the other hand, it also proves that the United States is limited by the international division of labor and domestic capabilities, and cannot independently complete the research and development and production of semiconductors. It remains to be seen whether Japan and the United States can translate the agreement into a win-win and fruitful result for both sides."

In terms of leadership, Tian Zheng explained that due to the international division of labor, the United States has always monopolized the R &amp; D, design and process technology of semiconductors, that is, it occupies the high end of the value chain; For the middle and low end of the value chain, in recent years, the U.S. government has also increased efforts to attract investment, attracting semiconductor enterprises to the United States to put into production. So far, TSMC, Intel, Samsung, lattice core and Texas Instruments have promised to set up factories in the United States (newly added). For example, in May 2020, TSMC announced that it would invest US $12billion to build a 12 inch wafer plant in the United States. It is expected to put into production five nanometer chips in 2024, with a monthly capacity of 20000 chips. The plan is in progress. In September 2021, Intel announced that the construction of two wafer manufacturing plants in Arizona, the United States, with an investment of $20billion, had broken ground. Intel's latest investment plan may be as high as $100billion, with a total of eight manufacturing plants in the United States.

On July 28, after several games, the US Congress passed the chip and Science Act, which aims to provide us $52billion in subsidies to the US chip manufacturing industry. Earlier, a number of semiconductor companies in the United States put pressure on Biden. Intel, TSMC and Samsung, who are investing and building factories in the United States, are vigorously lobbying to pass the bill as soon as possible, expecting to provide some funds for the new factory. These chip manufacturers have "threatened" that failure to pass the bill will delay the start of factories.

In response, a spokesman for the Ministry of Commerce responded at a regular press conference that the bill provides huge subsidies to the US chip industry, which is a typical differentiated industry support policy. Some provisions restrict the normal economic, trade and investment activities of relevant enterprises in China, which will distort the global semiconductor supply chain and disrupt international trade. China is highly concerned about this. The implementation of the US bill should comply with the relevant WTO rules and the principles of openness, transparency and non discrimination, which is conducive to maintaining the security and stability of the global industrial chain supply chain and avoiding fragmentation. China will continue to pay attention to the progress and implementation of the bill and take effective measures to safeguard its legitimate rights and interests when necessary.

Next：The growth rate of Microsoft's three major businesses has slowed down in an all-round way. What should the future of the technology giant look like? 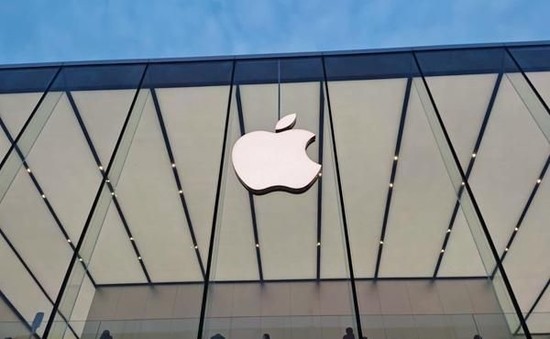 Apple removed 439,000 apps in the second quarter: not updated for a long time