When the Tesla humanoid robot Optimus (hereinafter referred to as "Optimus Prime") with its wiring harness and...

When the Tesla humanoid robot Optimus (hereinafter referred to as "Optimus Prime") with its wiring harness and circuit board exposed, walked tremblingly on the stage, and humbly waved and said hello to complete its world premiere;

"That's it?!" The comments on social media suddenly "exploded".

"This is the 'Liu Neng' version of the robot!" The senior media person who once imagined the Tesla humanoid robot as a "family nanny" bluntly expressed his disappointment, "The movements are not as neat as my grandma, and I can expect it to replace most of the Do nanny jobs provide for their own retirement?"

In fact, even Tesla CEO Elon Musk has such a fear - "I'm afraid that it will fall on the stage later."

Before Optimus Prime debuted, Atlas, a humanoid robot owned by Boston Dynamics, could walk, run, climb, jump over obstacles, and get up on its own after a fall.

Perhaps netizens have too high expectations for Musk, who has almost been "entitled God". The imaginary Optimus Prime should be more agile and powerful than Atlas, and even as "powerful" as the robots in science fiction movies, but only from the ability of action. Look, Optimus is far from living up to expectations.

"It is not easy for a humanoid robot to walk upright." A senior hardware engineer engaged in robot research and development said that Tesla has done a very good job in a limited time in terms of dexterous hands, waist degrees of freedom, and hardware simulation platforms.

As the "king bomb" of Tesla's 2022 AI Day, Tesla's Optimus Prime has formed polar opposites on social platforms after his debut.

How far is humanoid robot from ideal to reality?

In robotics, Tesla isn't quite the frontrunner.

Boston Dynamics had been in development for 30 years before the Tesla Optimus Prime debuted. In 2008, it created a robot dog that can run and jump; in 2017, an Internet celebrity robot that can parkour and backflip is even more popular on the Internet.

Standing on the shoulders of giants, Musk actually only brought Optimus Prime who performed "unremarkable", which is also an important reason for its controversy.

The first show is not "showing off", and the perspective of cost killer Musk may be completely different. In fact, the biggest advantage of Optimus Prime is not flexibility and function, but that Tesla has greatly controlled the manufacturing cost of the robot, making it ready for mass production as soon as it was born. "We should be able to produce millions of units, and it is expected to be much cheaper than a car, and the final price of the robot is estimated to be under $20,000," Musk said.

For Tesla, this may be the correct way to avoid the fate of its predecessors "applause but not popular".

Before this, Boston Dynamics has experienced the fate of being sold again and again, and the valuation is getting lower and lower. Whether it is a mechanical dog or a robot, there are problems such as difficult to find commercial landing scenes, high cost, and difficulty in marketization. Boston Dynamics' robotic dog, Spot, costs $74,500. Although the humanoid robot Atlas has not yet been publicly sold, the price will obviously be higher than Spot.

From the experience of Boston Dynamics, "strong technology" does not equate to "having a market". Technology companies are first and foremost "enterprises". To achieve business success, they need to realize the technology through commercialization after establishing technological advantages. 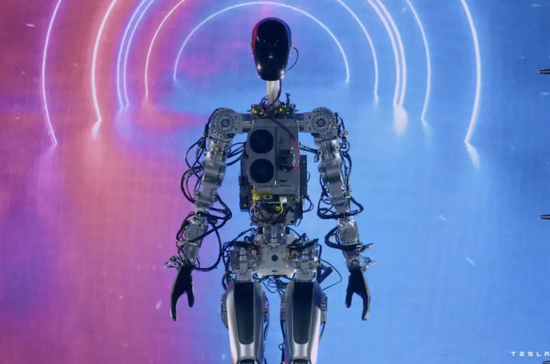 According to Musk's consistent style, even if Optimus Prime "bounced" or "extended" this time, it would not be surprising. However, Optimus Prime did not "bounce" on the 2022 AI Day, which has already shown to a certain extent that Tesla has the ability to develop rapidly.

After all, since the project was established last year, it took Tesla only 6-8 months to launch semi-finished products. This year’s AI Day was able to display a prototype for mass production, which is considered “quick” in the industry. Because of this, in the eyes of many industry insiders, Optimus Prime's future performance is worth looking forward to.

Like Tesla cars, Optimus Prime also relies on pure visual algorithms to perceive the environment, and the perception device is a camera installed on the robot's head. At the same time, according to Tesla's official data, Optimus Prime's torso is equipped with a 2.3kWh, 52V battery pack, which is highly integrated with charge management, sensors and cooling systems. "This means that everything from sensing to fusion to charging management is brought together into this system, which also draws on our experience in car design." The Tesla engineer said.

In addition, the body of Optimus Prime has a total of 28 degrees of freedom, and adopts a more flexible spring load design and 6 types of actuators. The joints are designed with bionic joints to simulate the shape of human joints and tendons. Has 11 degrees of freedom.

Similar to autonomous driving, Musk does not pursue humanoid robots with complete flexibility close to humans, but starts with simple actions and iterates in applications. Tesla's engineering capabilities, productization capabilities, and cost control capabilities can all be copied from cars to robots.

In addition to the closely watched Optimus Prime, Tesla also announced the latest advances in FSD (Full Self-Driving Capability) and Dojo supercomputers at AI Day 2022. Currently, Tesla has tested the FSD Beta system on more than 160,000 vehicles and trained 75,000 neural network models in just one year.

In addition, the 2022 AI Day, as always, will focus on recruiting talent. Musk hopes that more geniuses will join the team of engineers to accelerate the creation of the robot sky group.

This is the core element that any technology company cannot bypass. Talent is the key to maintaining competitiveness in the future. In the 2021 Tesla Impact Report, SpaceX and Tesla are the two most desirable companies for 2021 engineering graduates. It is worth mentioning that after AI Day 2021, Tesla received more than 100 times more job applications than in previous weeks. This year, Musk once again turned Tesla AI Day into a recruitment site, bringing the Tesla engineer team to the venue, and bluntly said: "I hope to attract global talents to join by showing new technologies, and work together to make artificial intelligence better, for the Contribution of all mankind."

From this point of view, although Optimus Prime's first global debut is controversial, it does not affect the gold content of Tesla's 2022 AI Day.

How hard is it to land?

Musk has repeatedly expressed his concerns about "population collapse": "The population will not be overpopulated, but will be insufficient, and there will not even be enough humans for Mars." And robots will replace humans in the future to complete manual labor. Musk predicts that in the future, the scale of the robotics business may exceed Tesla's car revenue.

According to a research report released by market research firm MarketsandMarkets in April 2022, the total market for humanoid robots will be $1.5 billion in 2022 and will grow to $17.3 billion by 2027, with a compound annual growth rate of 63.5%. The demand will be mainly driven by the education industry, retail industry and medical industry, which cannot be popularized in the general consumer market in the short term.

Despite Musk's optimistic prediction, Optimus Prime will be mass-produced and marketed within 3-5 years. But like fully autonomous driving, humanoid robots face far more than technical difficulties in order to achieve real mass production.

Shaun Azimi, head of NASA's Dexterous Robotics Team, previously said: "It turns out that self-driving cars are not as easy as anyone thought. To a certain extent, the same is true of humanoid robots, and being able to flexibly handle unexpected situations is very difficult."

People who have long been concerned about and optimistic about Tesla's technology admit that the control of humanoid robots "has a lot of parts that have never been involved before, and it is more complicated than imagined." Especially the application in the family scene faces many challenges.

In industrial application scenarios, the simple and repetitive work of the assembly line is more suitable and easier to realize the replacement of robots by robots.

However, in industrial scenarios, it seems that humanoid robots with independent walking ability are not needed. At present, many factories have used robotic arms to replace manual work for high-precision work, and the commercial value is clear. Although AI-capable robotic arms do not have the humanoid appearance of robots, they are more practical and productive.

Of course, in home application scenarios, it is usually easier for people to accept humanoid robots that are designed to be cuter and used to care for the elderly or young children with limited mobility. However, in the family scene, tasks such as laundry, cooking, serving tea and pouring water are complicated and too difficult. It is still not something that can be achieved in the short term for robots to replace human labor.

Some practitioners who have been working in the field of robotics for nearly ten years believe that it will take 20 to 30 years for humanoid robots to meet the command-based interaction expected by consumers.

"Humanoid robots can lead to a future of abundance, a future without poverty. People can have whatever they want in terms of products and services. This is a fundamental shift from existing civilization as we know it." On Musk In his vision, robots will help liberate humans from boring, dangerous and repetitive tasks. This is a future to look forward to, no matter when it comes to fruition.

Previous：TSMC Q3 earnings report: Smartphones are the largest contributor to revenue, and inventory adjustments will continue until next year Apple takes the "muzzle" at Garmin 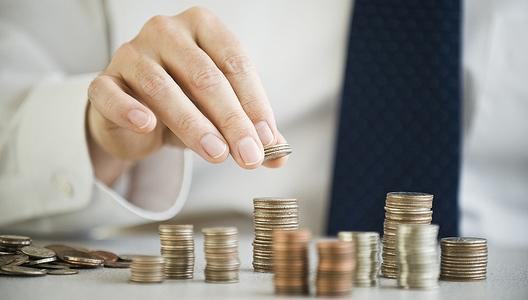 The three giants face off against 2 nanomete...